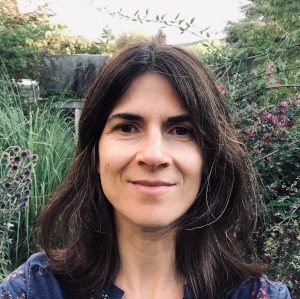 Dynamics of biodiversity and ecosystem services during peri-urban development.

Interest in nature in a context of urbanization

Paradoxically, cities could play a significant role in preserving nature, both by promoting the development of natural spaces of various sizes within cities, but above all by combating the disconnection observed between city dwellers and nature. The animal and plant species present in cities could thus be an excellent opportunity to promote the “reconnection” of urban dwellers with nature (Prévot et al. 2011). Our project aims to describe and understand how the French interest in nature is structured. It is based on a questionnaire produced using the ELIPSS (Longitudinal Internet Study for Social Sciences) system.

The TERRIBIO Saclay project focuses on the analysis of urban biodiversity and cultivated as a vector of social representations and as an object for local public action. The research will be carried out on the Saclay Plateau, a territory marked by a strong anthropisation dynamic and which presents important challenges in terms of coexistence and use of urban spaces and open, agricultural or semi-natural spaces, and biodiversity. The project will take into account a plurality of scales of analysis, both from the point of view of social sciences (sociology, geography, ethnology) and life sciences (ecology, agronomy). The project associates a multidisciplinary team in SHS (sociology, geography) with a collective of researchers working in ecology and at the interface between SHS and life sciences (ethnoecology, environmental psychology)

Evolutionary ecology and conservation biology: study of squirrels in France

I also collaborate with Jean-Louis Chapuis and Benoit Pisanu on various projects on squirrels in France in the fields of urban ecology, behavioural ecology and conservation biology.

The red squirrel is a magnificent species emblematic of French forests but which is unfortunately threatened in the medium term in France, due both to the fragmentation of its forest habitat and the threat posed to it by competition with the tree squirrel species that have been introduced in our country. In partnership with the ONF, we studied the genetic structure of red squirrels present in France to determine if certain populations had specific genetic characteristics, and could therefore constitute priorities for conservation.
Urbanization is constantly increasing in France as well as worldwide. In highly urbanized environments, urban parks could theoretically contribute to biodiversity conservation by providing resources and habitats for native species. But the populations living in these urban parks are generally small and isolated, which threatens their survival in the medium term. We conducted genetic and demographic studies of the red squirrel population in Parc de Sceaux (92) to determine whether this population, isolated from other populations by the urban environment, was viable in the long term.

The Korean squirrel is a ground squirrel native to Asia that has been sold in France as a pet since the 1960s and has become naturalized in several forests, including the Ile de France region. We are studying a population living in the Paris suburbs to determine the consequences of the introduction of the Korean squirrel on biodiversity and human health. We are also studying this population as part of an evolutionary ecology study to understand the origin of personality variations between individuals in the same population. Indeed, chipmunks in the study population have significant personality differences: some are shy, while others tend to take risks. We study the selective value associated with each personality type to understand what are the evolutionary forces that sustain the personality variations observed in the study population.